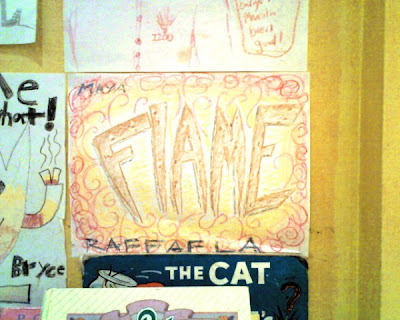 Sofar likes to eat at a little restaurant called FlAME in Seattle. I'm assuming he goes for the burgers, and not the consistent use of uppercase L's, judging from these photos he took at the joint, which he describes as "one of those put-customers'-drawings-on-the-wall-type places." 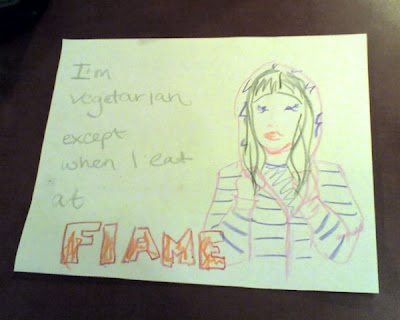 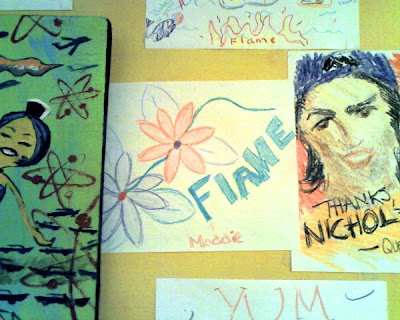 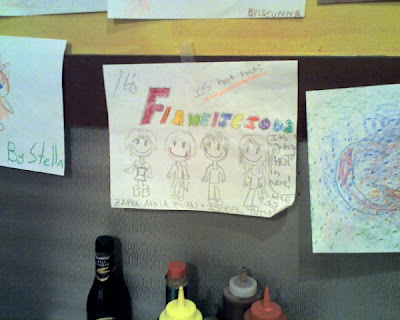 This one looks as though it was done by a kid, which makes it excusable, but I included it anyway because of the juxtaposition of the lowercase L and the uppercase I with serifs. Also I think it's funny when people start writing something on a sign and misjudge how much space they'll need.

I beg to differ, Sofar. It isn't excusable when kids do it, and it isn't funny.
Posted by William Levin at 3:56 PM