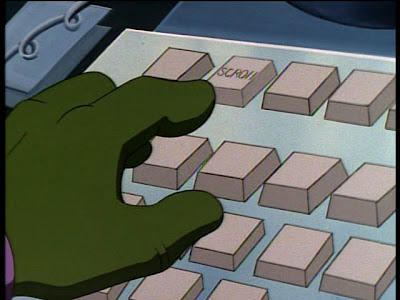 Matt G. discovered this double-L SCROll key in the 1994 Season 8 episode of Teenage Mutant Ninja Turtles titled "Enter Krakus". It looks like it might be a case of the squeeze, but Matt believes this may be a symptom of a larger Engrish problem, as the cartoons and lettering are all produced overseas. Here's another example from the 1993 Season 7 episode, a store sign for TElEVISIONS in "The Starchild": 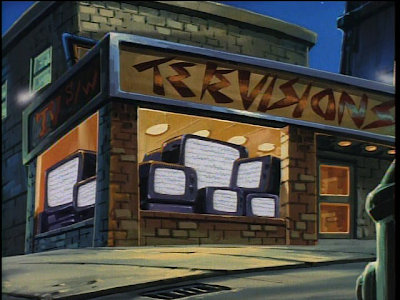