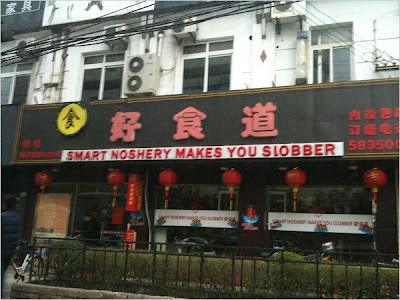 If you look close enough it's not so much a lowercase L as it is a slim uppercase L, but from far away the little L foot disappears, so we'll let this Chinglish pass.  Discovered by Michael A. on NY Times, we can all take comfort in the fact that SMART NOSHERY MAKES YOU SlOBBER.
Posted by William Levin at 12:37 AM 1 comment: 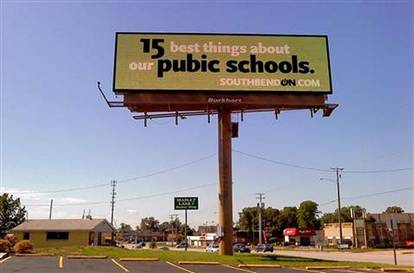 Discovered in South Bend, Indiana, this cute billboard for "15 best things about our pubic schools" was reposted on the MSNBC Field Notes blog, and now made famous on this even more recognized lowercase L blog.

Stay in SCHOOl, kids!  But avoid the pubic ones, and stick with the privates.
Posted by William Levin at 3:34 PM 1 comment:

Email ThisBlogThis!Share to TwitterShare to FacebookShare to Pinterest
Location: South Bend, IN, USA

THIS PlACE IS ClEAN 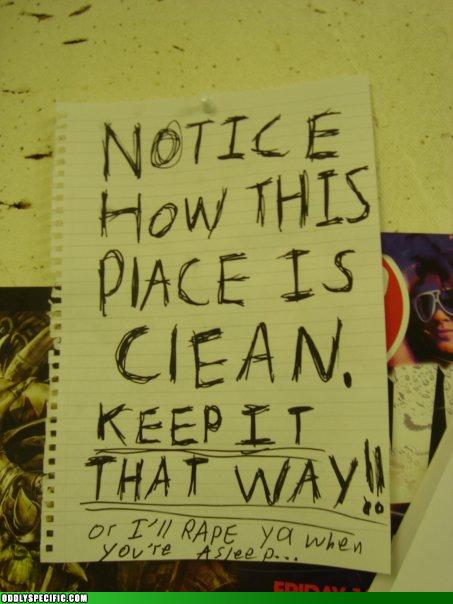 An Oddly Specific sign — that should probably also be on Passive Aggressive Notes if it isn't already — is welcome here on the lowercase L blog, as well.  "NOTICE HOW THIS PlACE IS ClEAN. KEEP IT THAT WAY!!"  Submitted by Jeremy D., I am impressed that the author of the sign at least did not mistakenly substitute your for you're in "I'll RAPE ya when you're Asleep ..."
Posted by William Levin at 3:34 PM No comments: 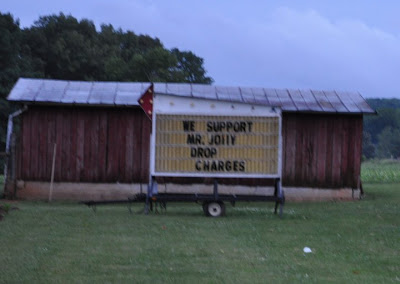 The charm of this double lowercase L has warmed my heart, and I don't even care if he's been rightfully accused.  BRING MR. JOllEY BACK!
Posted by William Levin at 10:23 PM 2 comments: 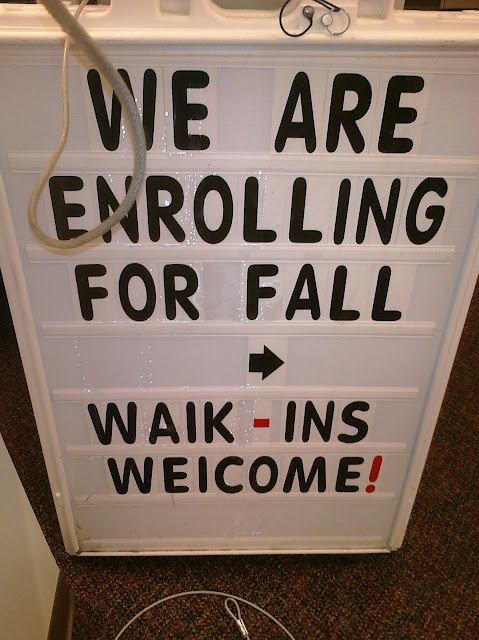 
Wonderful sighting recently. We were traveling around to several campuses of our career college system, performing operational reviews and taking tours. The schools are very proud of their accomplishments, especially, their abilities to attract and engage students. Imagine our surprise (and dismay) when our campus in Canton, Michigan boasted about one of their new techniques to draw the attention of prospective students ... they set out this sign - roadside - for all passers by to see. If you ask us, we'd be tempted to enroll just to teach the school how to spell! Yikes ...

NOTE: We did, from HQ, increase his school's budget slightly so they could purchase a couple of "L"s (seeing they had exhausted their supply on this sign).

They may have maxed out with the two sets of double uppercase L's in this readerboard, stating "WE ARE ENROLLING FOR FALL, WAlK-INS WElCOME!"
WAlK-INS is an unexpected recurring lowercase L.
Posted by William Levin at 1:44 PM 2 comments: 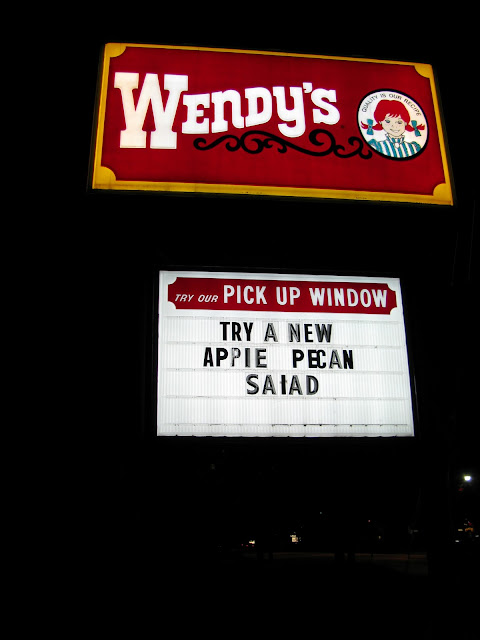 It must be APPlE Picking Season.  Following Sunday's APPlE fiasco, long time reader and first time submitter Amanda R. shot two lowercase L's for the price of one.  Discovered on Walton Way in Augusta, GA, this Wendy's has more to offer at the pick up window than just convenience.  TRY A NEW APPlE PECAN SAlAD ... if you dare.  Wendy's?  As in "Wen-dy's readerboard letter manufacturers going to start shipping enough uppercase L's?"
Posted by William Levin at 12:04 AM No comments: