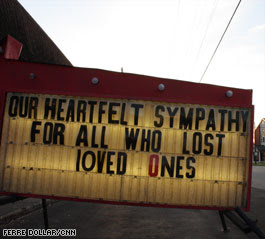 Sadly, this is not the first case of lowercase L adding insult to tragedy. I extend my heartfelt sympathy for all who have been hurt by the misuse of lowercase L's.
Posted by William Levin at 8:25 PM

think the red O could also be a zero. No?