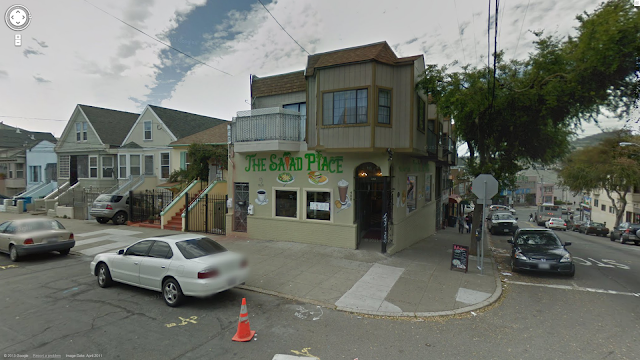 So I followed up, and using the free 21st century spying software, I was able to find the offending sign in just a few seconds. Thank you, UNKNOWN lOWERCASE L SOlDIER.
Posted by William Levin at 10:50 PM

If only they'd placed a horizontal carrot at the bottom.